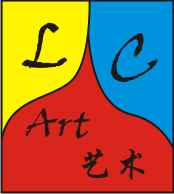 Leona Craig Art is a different kind of contemporary Chinese art gallery. First of all, we cover artists from the whole contemporary period, including the second generation of modern Chinese artists, many of whom are still alive and working. Thus, our art, also, in a sense, presents a history of most of Chinas modern post-imperial era, as seen from the artists point of view. Second, we do not just choose art from artists who are part of the latest fad in contemporary Chinese art, but we look closely and carefully at art from artists, old and new, known and unknown, to find fine art with different-from-the-norm, but meaningful, social commentary. Instead of the same sullen or red faced people, in new situations, we offer a variety of art, covering a range of range of topics, in imaginative ways.

The curator of the collection is Craig Mattoli, who has been collecting art since he was six years old, has been investing in inefficient markets for several decades, through his company, Red Hill Capital. In the 1980s, he was a Wall Street arbitrageur, and, in the 1990s, he created one of the first art inns, in Bucks County, Pennsylvania. He and his team have been working, in China, with various artists for almost a decade, getting to know the market for modern Chinese art, from the inside. Leona Craig Art has taken up residence in Dongshan Kou, an old part of Guangzhou (Canton), whose buildings date back to the early 1900s, and which, with Leona Craig Arts help, is on its way to becoming the Soho of Guangzhou, as it reminds Mattoli of Soho, in New York, in the 1970s.