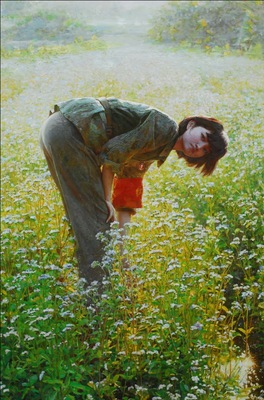 We love the way this Red Guard Girl is bent over to pick flowers, her short hair hanging loosely down, the light in the background creating a halo behind her.