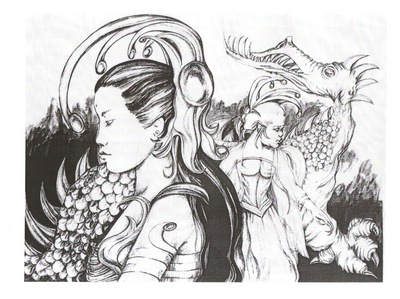 fantasy warrior of the dragon