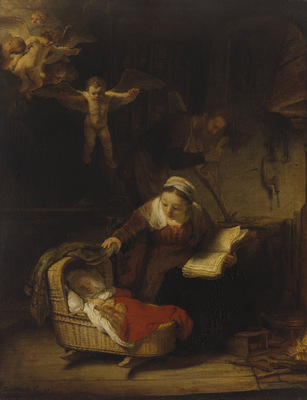 Hermitage
The State Hermitage (Russian: Государственный Эрмитаж) is a museum of art and culture in Saint Petersburg, Russia. One of the largest[2] and oldest museums of the world, it was founded in 1764 by Catherine the Great and has been opened to the public since 1852. Its collections, of which only a small part is on permanent display, comprise nearly 3 million items,[3] including the largest collection of paintings in the world. The collections occupy a large complex of six historic buildings along Palace Embankment, including the Winter Palace, a former residence of Russian emperors. Apart from them, the Menshikov Palace, Museum of Porcelain, Storage Facility at Staraya Derevnya and the eastern wing of the General Staff Building are also part of the museum. The museum has several exhibition centers abroad. The Hermitage is a federal state property. Since 1990, the director of the museum has been Mikhail Piotrovsky.