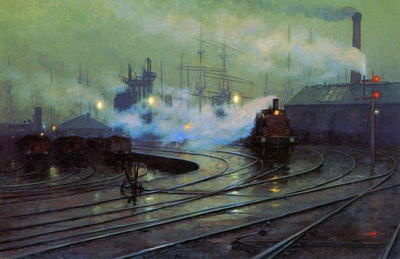 Lionel Walden (1861-1933) was born in Norwich, Connecticut in 1861. He first became interested in art in Minnesota, where the family moved when his father became rector of an Episcopal Church there. As a young man, Walden moved to Paris where he studied painting with Carolus-Duran. In around 1893-97, Walden was in England, living in Falmouth. Paintings of Cardiff in Wales are in museums in Cardiff and Paris.