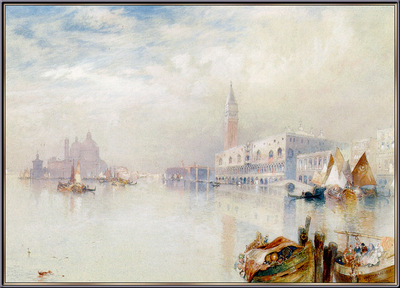 Thomas Moran (February 12, 1837 - August 25, 1926) from Bolton, England was an American painter and printmaker of the Hudson River School in New York whose work often featured the Rocky Mountains. Moran and his family took residence in New York where he obtained work as an artist. A talented illustrator and exquisite colorist, Moran was hired as an illustrator at Scribner's Monthly. During the late 1860's, he was appointed the chief illustrator of the magazine which would prove to be a unique position with which he could launch his career as one of the premier painters of the American landscape.