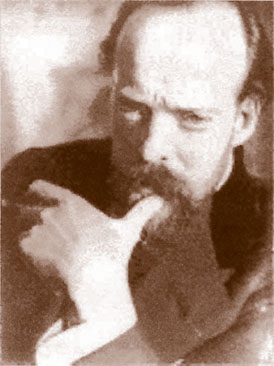 Schwabe was born in Altona, Holstein, and relocated to Geneva, Switzerland at an early age. After studying art in Geneva, he relocated to Paris as a young man, where he worked as a wallpaper designer, and he became acquainted with Symbolist artists. His paintings typically featured mythological and allegorical themes; as an essentially literary artist, he was much in demand as a book illustrator. He illustrated the novel Le rêve (1892) by Emile Zola, Charles Baudelaire's Les Fleurs du mal (1900), Maurice Maeterlinck's Pelléas et Mélisande (1892), and Albert Samain's Jardin de l'infante (1908). Schwabe lived in France for the rest of his life and died in Avon, Seine-et-Marne during 1926.