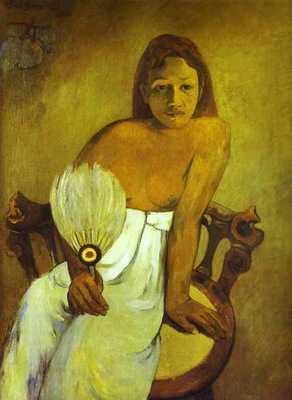 Gauguin Harvesting Of Grapes At Arles