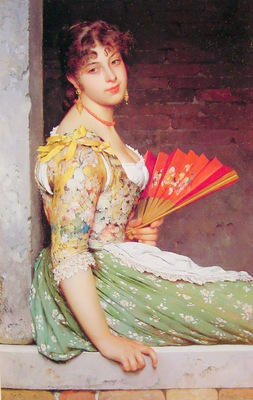 Tavern with May Tree detail