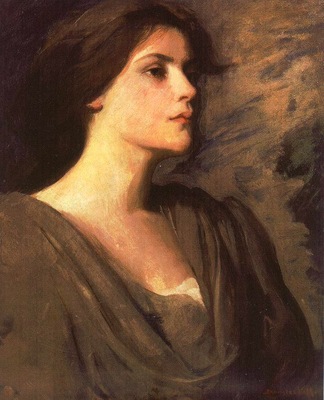 Douglas Volk, named Stephen Arnold Douglas Volk (23 February 1856 - 1935)was an American portrait and landscape painter. He helped establish the Minneapolis School of Fine Arts. After 1904 he and his wife Marion created an artists' retreat at their family home, Hewnoaks, in Maine. She became active in the production of woolen textiles and rugs by traditional processes, and formed a group called Sabatos.