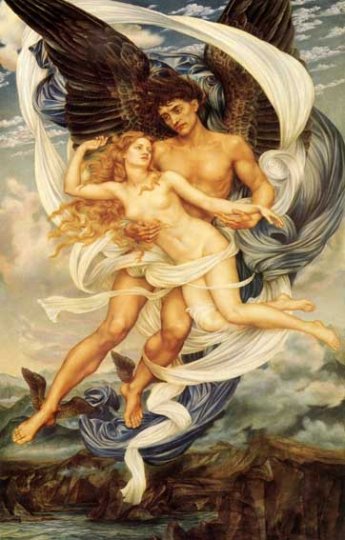 De Morgan began lessons at the age of 15, followed by prize-winning studies at South Kensington and Slade
Schools. Her exhibition debut was in 1876 at the Dudley Gallery and followed that with a show at the Grosvenor
Gallery, where she would exhibit regularly. In 1887 she married William De Morgan, ceramicist and associate of William
Morris, with whom she shared a deep interest in spiritualism. Her preferred subjects included sacred and allegorical
figures and scenes, and legends with a moral or social message. Together, they devised a painting method utilizing glycerine
which, though too troublesome to pursue, produced the clear, bright tones she sought. In 1916, her horror of the war led
her to mount an exhibition of 13 works for the benefit of the Red Cross.