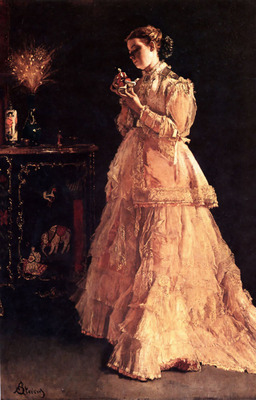 Portrait of a woman in blue

Stevens Alfred Ready for the Ball