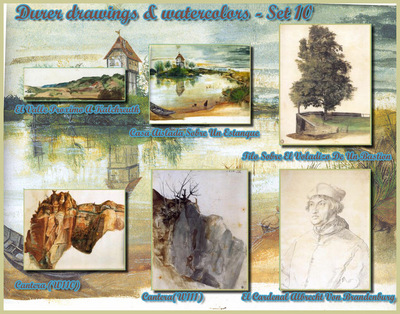 woman and child in a garden sketch