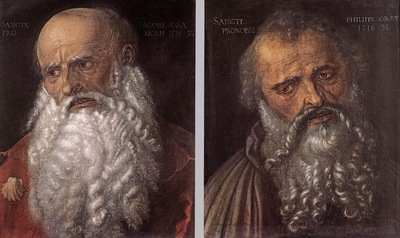 still life with clogs and pots