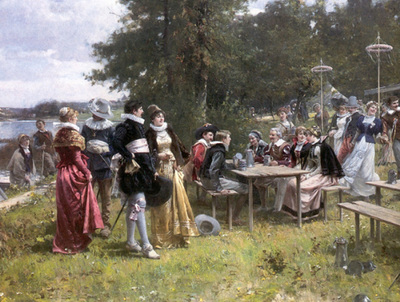 Author name: Adrien Moreau.
(1843, Troyes, France – 1906, Paris, France). He is considered a sculptor, genre, historical painter, watercolorist and illustrator from the French school. Moreau received his formal training at the l’Ecole des Beaux-Arts in Paris under Isidore Alexandre Augustin Pils (1813-1875). He debuted at the Paris Salon of 1868. He was awarded a second-class medal at the 1876 Paris Salon and a silver medal in both the 1889 and 1900 Exposition Universelle. He became Chevalier de la Légion d’honneur in 1892 which is one of France’s highest awards.
Reference:
http://www.fineoldart.com/browse_by_essay.html?essay=96