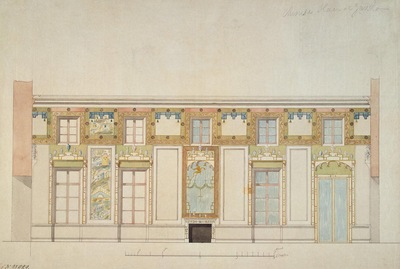 Charles Cameron (1745–1812) was a Scottish architect who made an illustrious career at the court of Catherine II of Russia. Cameron, practitioner of early neoclassical architecture, was the chief architect of Tsarskoye Selo and Pavlovsk palaces and the adjacent new town of Sophia from his arrival in Russia in 1779 to Catherine's death in 1796. All his undisputable tangible works "can be encompassed in a day's tour";[1] Cameron concentrated exclusively on country palaces and landscape gardens. Twice dismissed by Paul of Russia during the Battle of the palaces, Cameron enjoyed a brief revival of his career under Alexander I in 1803–1805. Apart from the well-researched Catherinian period (1779–1796), Cameron's life story remains poorly documented, not in the least due to Cameron's own efforts to shake off the bad reputation he had earned in the 1770s in London.

The Loing and the Slopes of Saint Nicaise February